Steve Sommers started in radio at the age of 15 at a station in Cincinnati, Ohio. He would eventually work his way up to play country music on the radio, something he always wanted to do. Sommers finally got that opportunity at 96.5 The Beaver. He then moved on to Chattanooga, TN at 97.7 WFLI AM, then back to Cincinnati for a short stint. Sommers first morning drive came after moving to Georgia. He started working for an HVAC company before taking a job at WQMT in Dalton, where he would stay for the next five years. Sommers then had the opportunity to go back home to Cincinnati in 1996 as a producer for his father, Dale “Truckin Bozo” Sommers and weekend host. In 2004 his father would retire, and Sommers took over full time as the host. They changed the name of the show to the America’s Truckin Network. After nearly 25 years with 700 WLW, Sommers is now with Hot Shot’s Secret and the Steve Sommers Overnight Drive.

Steve Sommers, said, “Last year brought major change for everyone, and for some more than others. This is a new year with new opportunities and hopefully for all my fans, there will be a brighter future in 2021. For me, having the opportunity to reconnect once again with all my trucker friends coming home from a long night driving or those hard-working people that are up night after night working their jobs – it is a dream come true. To have the freedom to be able to produce and direct the content of my own show and knowing about all of these great plans we have coming to add to the show… I’m just incredibly humbled and really excited at the opportunity.” 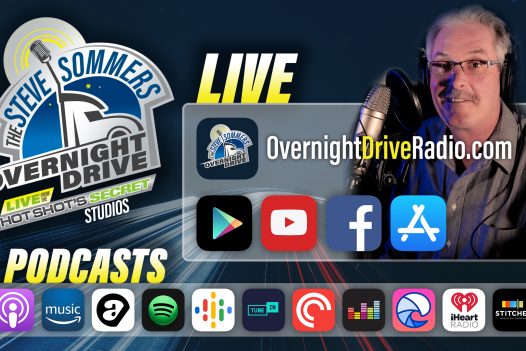 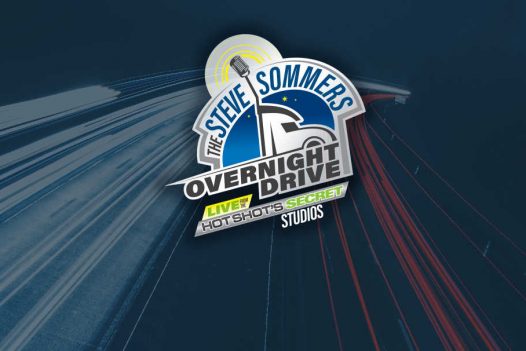 The five hour overnight call-in talk show will stream live from the brand new Hot Shot’s Secret Studios and have a similar trucking-focused format as Steve’s prior radio show, but will also provide a greater production flexibility with an expanded new audience and freedom to cover topics of interest to his callers. The show is scheduled to air weekly from midnight to 5:00 a.m. (EST) Monday through Friday.